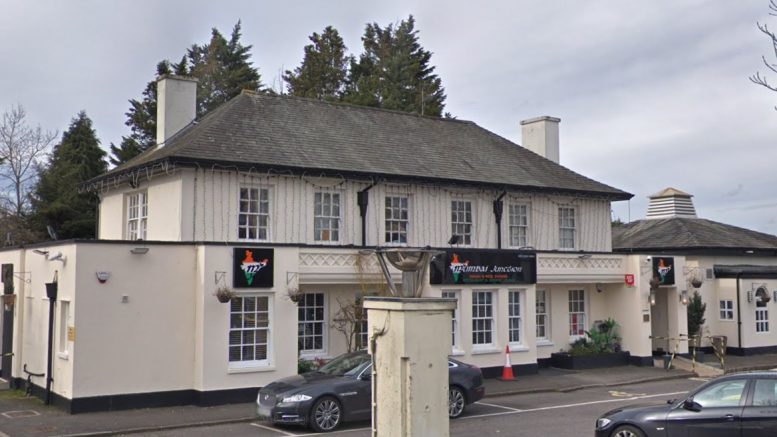 A popular Indian restaurant in North West London is still at risk of being bulldozed after developers submitted new plans to replace it with dozens of flats.

Fruition Properties hopes to knock down Mumbai Junction in Watford Road and build 42 homes at the site.

An application for 43 homes in a block up to five storeys tall was rejected in 2021 after Brent councillors said the scheme would be out of character for the area.

They said it would be “excessively bulky” compared to the low-rise properties in the neighbourhood, while there were concerns it would impact the local conservation area.

Hundreds of objections were submitted to the council based on the original application, compared to just two letters of support. Sudbury Court Residents’ Association said it was important to defend the history of the current site, which initially housed the John Lyon pub which was converted into the Indian restaurant.

Opposing the plans, the group said: “The John Lyon name has historic value, John Lyon founded Harrow School 500 years ago, and his legacy still funds local charitable works such as Sudbury Neighbourhood Centre. In the last two decades the John Lyon has changed and adapted to the local population, it is, without doubt, a place where everyone can go, it, therefore, contributes to our community cohesion and understanding of each other.

“The loss of this community asset and meeting place within walking distance of over 3,000 plus homes, a large licensed property, would deal a devastating blow to the local community and would force the residents to drive to other destinations much further afield thus reducing active travel in the area.”

To address some of the concerns raised, Fruition said it had reduced the size of the planned development and made improvements to the building’s front so it is a “better fit for the area”.  It also plans to increase the amount of cycling parking to encourage greener travel, though some car parking spaces are expected.

A man who put his “blood and sweat” into his car wash business that was destroyed in a fire has been left with nightmares since his severe injuries. Courtesy of Harrow Times | Local News …

Battersea has a host of dogs that need rehoming. Courtesy of Harrow Times | Local News …

A popular Indian restaurant in North West London is still at risk of being bulldozed after developers submitted new plans to replace it with dozens of flats. Courtesy of Harrow Times | Local News …

Here’s a selection of the items you’ll find in the middle aisles of Aldi and Lidl from Sunday, June 26. Courtesy of Harrow Times | Local News …

A truck used to dump a mountain of rubbish outside a primary school has been seized and crushed following a council investigation. Courtesy of Harrow Times | Local News …