Welcome once again to my weekly ramble down Memory Lane and thank you for joining me. I have been self-isolating now since March and really should have got stuck into more writing but I find you get lazy. Bless everyone who has bought my book on the MGM British Studios, which has sold twice the amount planned in just three months. It proves the old adage: nostalgia never dies.

It is rather a sad column for me write this week as my old friend Dame Barbara Windsor has got to the point with health issues that she has now entered a care home. It was an awful decision for her lovely husband Scott, but the right one for both of them. I think dementia is a horrible illness in that unlike cancer for instance there is no hope of recovery. A number of stars have spent their last years suffering in the same way, including Rita Hayworth, Charlton Heston, Peter Falk and Ronald Reagan. I had the honour to host a plaque unveiling for Babs at Elstree Studios in 2008. We invited about 100 guests from the local community. After the official bit I asked Babs if she wanted to go. She replied: “Don’t be silly Paul, I want to meet everybody here!” And she did, signing autographs and posing for photos. A wonderful lady.

I was also saddened to read of the death of Dame Olivia de Havilland, albeit at the great age of 104. Surely the last survivor of that pre-war golden age of Hollywood. Olivia made three films at MGM in Borehamwood and in 1998 I invited her back to unveil a plaque honouring her fellow star of Gone With The Wind, the lovely Vivien Leigh. My budget for these unveilings was peanuts but the lack of money makes you work harder. The University Of Hertfordshire decided to name a campus after Olivia. That meant her travel from her home in Paris was not any cost to me. I have kept the letters between us. I arranged a car to take me to pick her up from a relative’s home and take her back afterwards. We had a great chat both ways about the likes of Clark Gable and Errol Flynn, but that is for another day. The plaque unveiling was filmed but alas not likely to be seen due to copyright, which is a great shame. I was allowed to invite Olivia to Elstree the day after her event at the University so we got reduced media coverage. I doubt 22 years later there is nobody I dealth with still on staff at the University but I still remember.

I am also sad to read that Sir Alan Parker has died. He had been retired for many years and no doubt many readers have never heard of him. Sir Alan directed several great movies albeit in a ‘short’ career.

I think the ‘honours’ system is very flawed. They waited until they were at deaths door to make Hitchcock and Chaplin knights. They ignored Richard Burton, David Niven, Ronald Colman, Cary Grant to name a few. To my mind they throw away honours today not on a long-term career but who is popular. I got my MBE for chairing the campaign to save Elstree Studios for eight years. One must never take these things seriously. 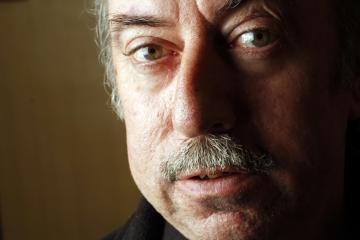