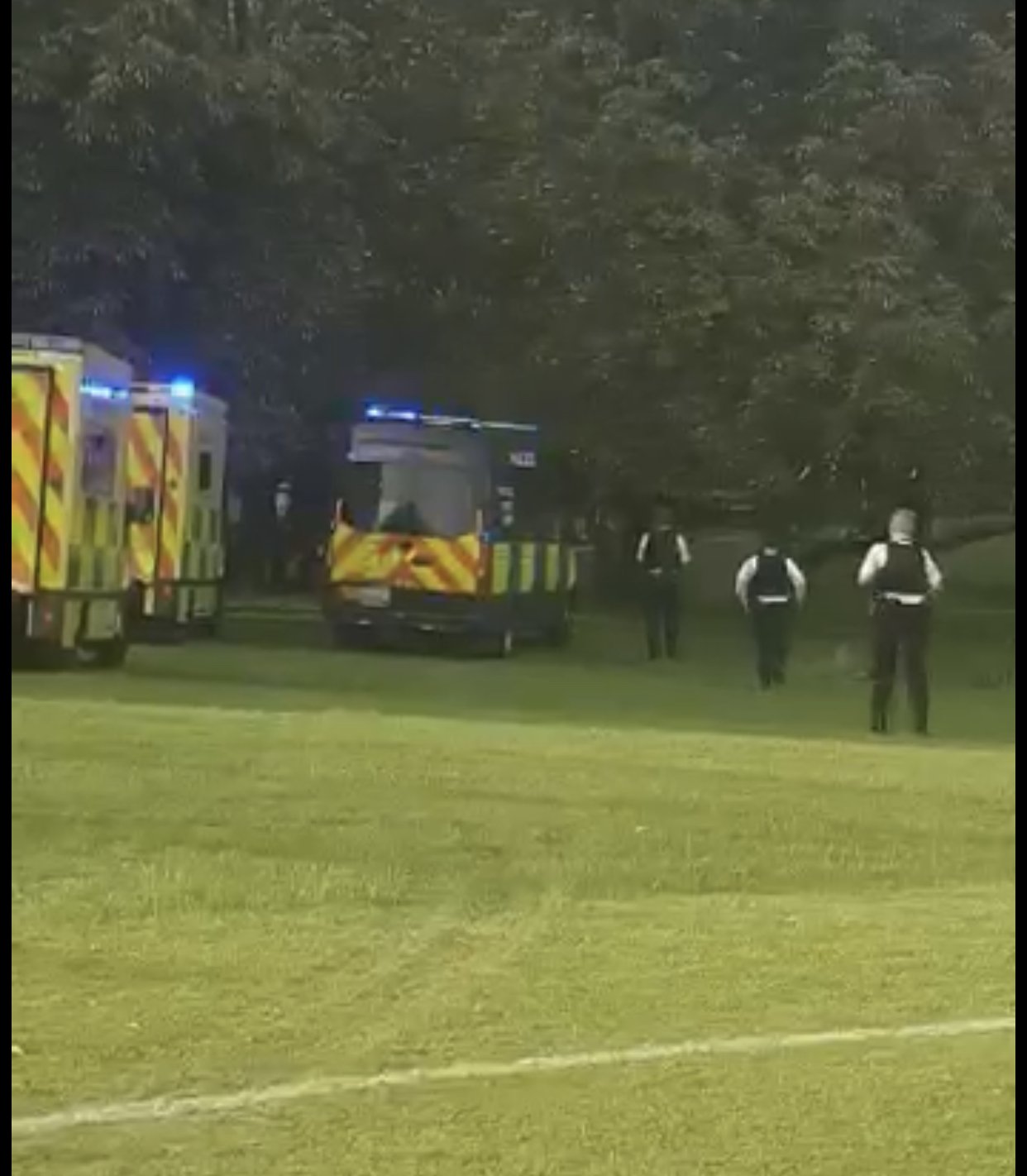 A teenager is in a critical condition in hospital after being stabbed in Montesole Playing Fields in Pinner.

Video footage and images show ambulances, police cars and forensics on site. An air ambulance was also dispatched to the playing fields. One person described the victim as “lucky to be alive”. Harrow police have confirmed that the victim of the stabbing was flown to hospital via air ambulance.

Members of Harrow Online Group quickly responded to the incident. One person said: “Wouldn’t be surprised if it was a stabbing, I had a knife pulled on me on that ground while I was playing cricket 6 years ago.”

Another person commented: “Can’t believe this is still happening with Covid 19 still amongst us – what is wrong with people!”

A member of the group even posted a question to all members that read: “Who is to blame for the uprising in knife crime in the UK, in London in Harrow ? How do we tackle this stupidness and bring it to an end?”

A Met Police Spokesperson told Harrow Online: “Police were called by LAS at 18:07hrs to Montesole Playing Fields in Pinner, following reports of a stabbing.

“Officers attended with LAS and London’s Air Ambulance and found a male, believed to be in his teens, suffering from stab injuries.

“He was treated at the scene before being taken to an east London hospital; his condition is being treated as life-threatening.

“There have been no arrests at this early stage.

“A crime scene is in place and enquiries are ongoing.