A string of “despicable” sexual assaults on London buses has triggered police to issue a CCTV appeal.

The images relate to five separate assaults around the capital between March and July, which are not believed to be connected, involving victims aged between 16 and 30.

Another attack saw a 22-year-old woman targeted on a Route 149 bus on Sunday, 30 May, around 10.30pm between Edmonton and Stoke Newington.

Police are also appealing for information after a 30-year-old man was sexually assaulted on a Route N207 bus on Tuesday, 27 July.

The incident is reported to have happened shortly after 1.45am between Uxbridge and Hayes.

Detective Superintendent Christina Jessah said: “These despicable acts are unacceptable, will not be tolerated and have no place on our bus networks or within our communities.

“We will continue our commitment to make bus routes safe for those travelling.”

A man also indecently exposed himself at a bus stop in Collingwood Road, Sutton, on Sunday June 27 around 5.45pm.

The final assault involved an 18-year-old male victim on a Route U4 bus on Friday, 11 June, around 3.20pm shortly after the bus left Hillingdon Hospital in the direction of Hayes.

Detective Superintendent Jessah stressed sexual assaults like this are “very rare” but when they arise officers will do everything they can do catch the attackers.

“The technology and investigative tactics available to officers are very strong,” she added, “but information provided by the public also has a key role to play.

“We encourage anyone who is a victim of sexual offences or who witnesses an offence taking place to contact police so we can track down the perpetrator.”

Mandy McGregor, TfL’s Head of Transport Policing and Community Safety, said: “No one should be subjected to unwanted sexual behaviour on our transport network and we are absolutely determined to stamp it out.

“These incidents on London’s buses are appalling and we are working closely with the police to ensure these offenders are caught and brought to justice as soon as possible.”

She added customer safety is its “top priority” and there are around 2,500 police, community support officers and TfL enforcement officers patrolling the network.

Anyone with information is asked to contact police by calling 101. 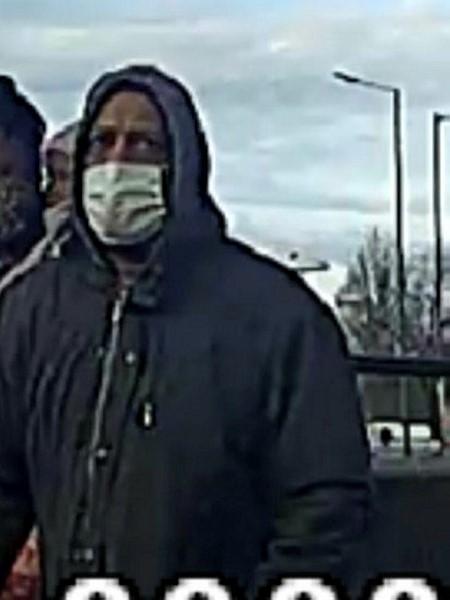 Police have released images of men they would like to speak to as part of their enquiries. Picture: Met Police.