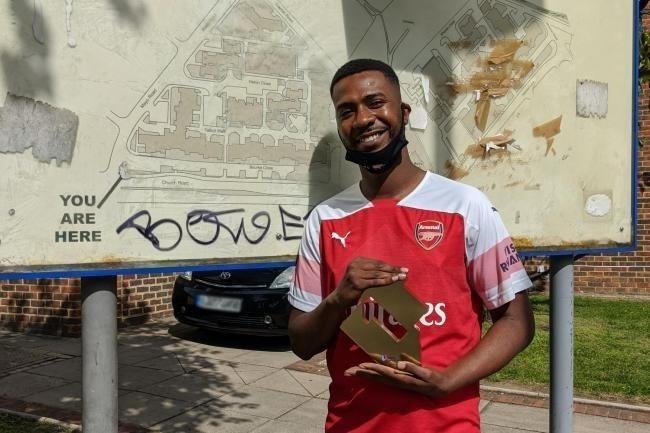 Popular UK rapper Nines has been jailed for 28 months for importing 28kg of cannabis into the UK from Spain and Poland.

The musician from Harlesden, real name Courtney Freckleton, 31, was known as “Big Boss” by his fellow conspirators in the large-scale cannabis importing operation.

He appeared at Harrow Crown Court alongside Jason Thompson, 35, from Barnet.

Both were arrested in June after raids across London and Borehamwood.

Nines used the encrypted messaging service Encrochat to message an unknown exporter who used the handle “MicroBird” to arrange shipments of cannabis, which they referred to as “Cali”.

Some of the cannabis was imported inside boilers brought into the UK from Poland, the court heard.

Both men admitted conspiracy to import the class B drug cannabis into the UK from Poland and Spain and conspiracy to transfer criminal cash between March 10 and July 3 last year.

Judge Rosa Dean sentenced each to 28 months in prison, saying: “What a waste of all of that talent, to be sat in Wormwood Scrubs.”

The plot involved one successful importation and a second attempted one, with a total amount of 28kg, the court heard.

Prosecutor Genevieve Reed said the money laundering charge related to a £98,000 debt, the value of the drugs, and the use of Bitcoin to buy the cannabis.

The network, used by thousands of criminals internationally, was brought down by law enforcement last year after being hacked by French investigators.

Nines has previously been imprisoned for 18 months for possession of cannabis with intent to supply.

The father of two was named best hip-hop act at the Mobo Awards last year and was celebrating his chart-topping third studio release, Crabs In A Bucket.

Patients at a London hospital are facing waits of up to eight hours at A&E, health bosses say.  Harrow Times | Local News …

A huge machete blade has been found tucked away on a footbridge that residents say has become a hotspot for stashing items. Harrow Times | Local News …

Planes will typically store toilet sewage in special tanks on flight and will dispose of them once landed. Harrow Times | Local News …

A man from Harrow is among three jailed for their roles in two shootings. Harrow Times | Local News …

If you have bought any of the items mentioned below, you need to be aware of these possible health risks. Harrow Times | Local News …