Looking for something to do in Harrow? Whether you're a local, new in town or just cruising through we've got loads of great tips and events to offer. Find out what’s on in Harrow with our regularly updated events calendar featuring the best upcoming events in Harrow and the area.

This guide lists events at a glance, showing what’s on each month. See the highlights of What’s On for Harrow, featuring the best of things to do in Harrow – Live Music and Gigs, Family Events, Art & Culture, Food & Drink and much more. Harrow fundraisers and charity events.

Important This Event Calendar is not maintained on a daily basis and some events may have changed dates or are no longer happening. Please double-check the event websites for the most up-to-date information. 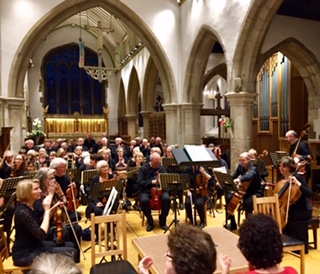 As the finale to this year’s Pinner Music Festival, the Festival Choir and Orchestra – with visiting soloists – perform Handel’s dramatic ode Alexander’s Feast, with text from John Dryden’s poem of the same name, written to celebrate Saint Cecilia’s Day.

The work describes a feast held by Alexander the Great and his lover, Thaïs, in the Persian city of Persepolis, following Alexander’s victory in battle over Darius III. During the feast, Timotheus, a musician, sings and plays his lyre, arousing various moods in Alexander – until he is finally incited to burn down the city in revenge for the Greek soldiers killed during the wars with the Persians. The piece ends with a glorious chorus extolling the virtues of Saint Cecilia, the patron saint of Music, and invoking the ode’s alternative title The Power of Music. Handel’s score for soprano, tenor and bass soloists, choir and orchestra is a triumph of variety, calling on a wide range of dramatic moods as Alexander’s emotions are skilfully manipulated by poetry and music.

If you have an event, that you would like to be featured on our Events Calendar, please visit Free Event Listing.