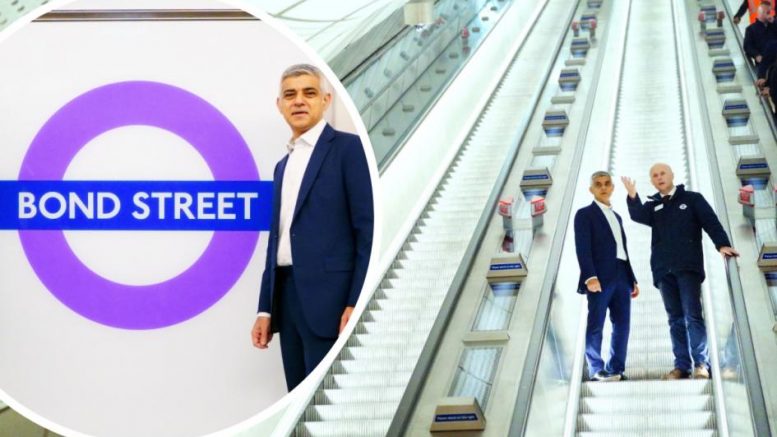 The Elizabeth Line will have a brand new station along its route, as the highly anticipated Bond Street officially opens.

As final preparations take place, commuters can expect to visit the new station from Monday, October 24 after its grand opening was delayed.

Ahead of its opening, trial evacuations, testing of fire control systems and extensive security checks have taken place to ensure it is fully ready to welcome the public.

Tomorrow, Bond Street station will open and herald a new phase of this revolutionary line.pic.twitter.com/k1rTKt5X4k

Bond Street station will have two main entrances, one near Oxford Street and another near Regent Steet with hopes the new station will boost access to the West End.

Sharing their excitement about the opening, Mayor of London Sadiq Khan shared the confirmed journey times to the new station.

Plus Elizabeth Line passengers will be able to travel to and from Liverpool Street in just eight minutes and Canary Wharf in 15 minutes.

The Mayor got a tour of the new station earlier this week and described it as “arguably the most beautiful, stylish, spacious station in Europe” and a “really good example of British engineering”.

The news of the official opening date was announced via a James Bond-themed video.

Seeing an Elizabeth Line driver donned a tux as dramatic music played whilst they made their way through the new station.

The video ended with the iconic 007 scenes, with the words “Bond Street Will Open Monday 24 October.”