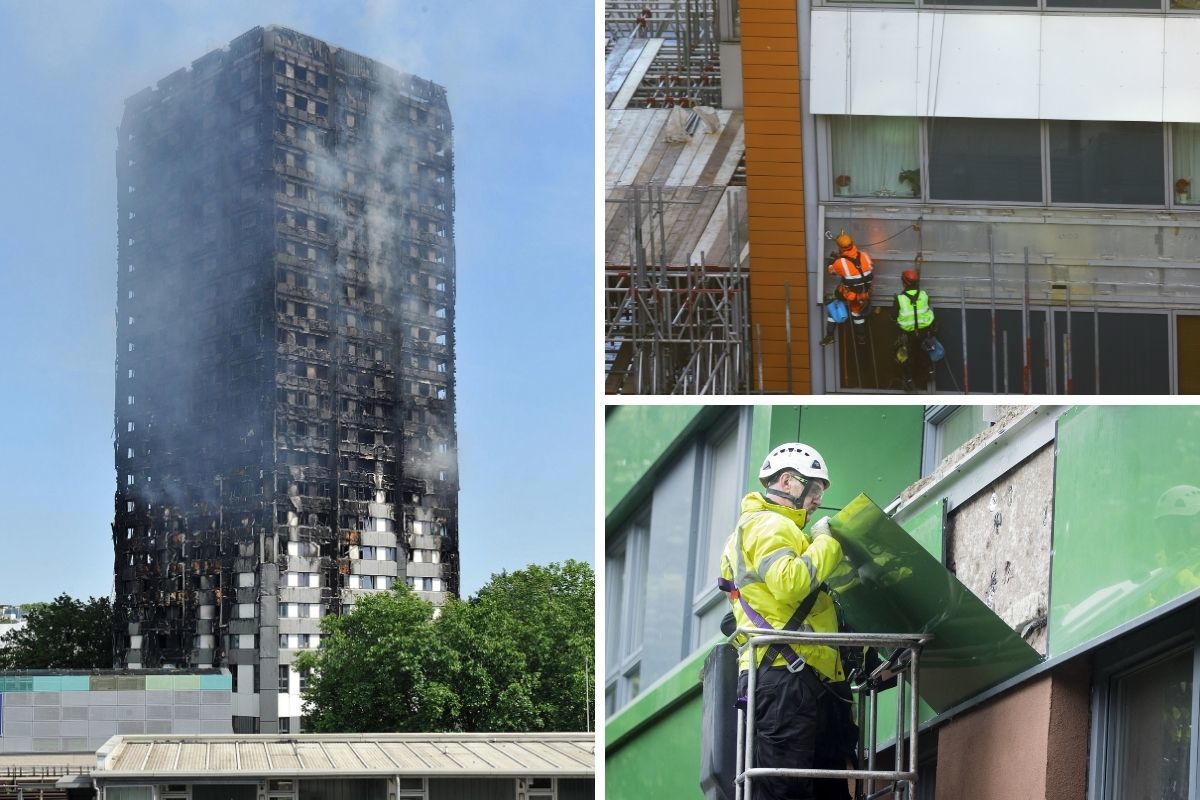 The extent of London’s cladding crisis has been laid bare by a report from the London Assembly, with both the Mayor of London and the Government urged to act.

More than three years on from the Grenfell Tower fire, around two thirds of private residential buildings in London identified as high-risk have still not had cladding removed.

In addition, many leaseholders are finding that they cannot sell or remortgage their properties as they are deemed to have no sale value, leaving them trapped in homes that are potentially unsafe.

A total of 72 people died and more than 70 were injured when fire engulfed the 24-storey Grenfell Tower block of flats in North Kensington, on June 14, 2017. Cladding was found to have caused the fire to spread around the outside of the building.

Andrew Dismore AM is the chairman of the London Assembly Fire, Resilience and Emergency Planning Committee that produced the report.

“The stress and strain is taking its toll on people. For those Londoners involved, the cladding crisis is part of their life from which there is no escape until the problem is fixed. This is one of many side effects that a lot of people forget.

“Homeowners who bought their properties in good faith should not have to pick up the bill for something that is not their fault and entirely out of their control. In December 2020, the Mayor called for a new levy to be paid by private developers to help fund building safety. While this is a step in the right direction, Londoners need action now and our committee hopes the Mayor acts on the measures that are called for in this report.”

The report makes several recommendations, including that the Mayor should provide a hub for residents and leaseholders to access legal advice and mental health support, and that the Government should extend the Waking Watch Relief Fund to cover the cost of all temporary fire safety measures until required work is completed.

The London Fire Brigade identified 590 high-risk buildings that require temporary measures until work is completed such as waking watches or common fire alarms, which the fire brigade must check on fortnightly.

Waking watches cost an average of £499 a month per household, with the cost often falling on residents themselves.

Despite the Government’s £30 million Waking Watch Fund that covers the cost of installing fire alarms to replace waking watches, many buildings still require a waking watch as well as a fire alarm.

There is also concern that the Government’s £1.6 billion Building Safety Programme is not reaching enough people, as it only covers the cost of removing cladding on buildings over 18m, or six storeys, in height.

The report reveals that fire safety defects are “widespread” across residential buildings below 18m, and that leaseholders of these properties would have to cover the cost of removing cladding themselves, leaving many at risk of bankruptcy or the loss of their homes.

The Government has been urged by the Housing, Communities and Local Government select committee to complete all remediation work nationally by the time of the fifth anniversary of the Grenfell Tower fire in June 2022.