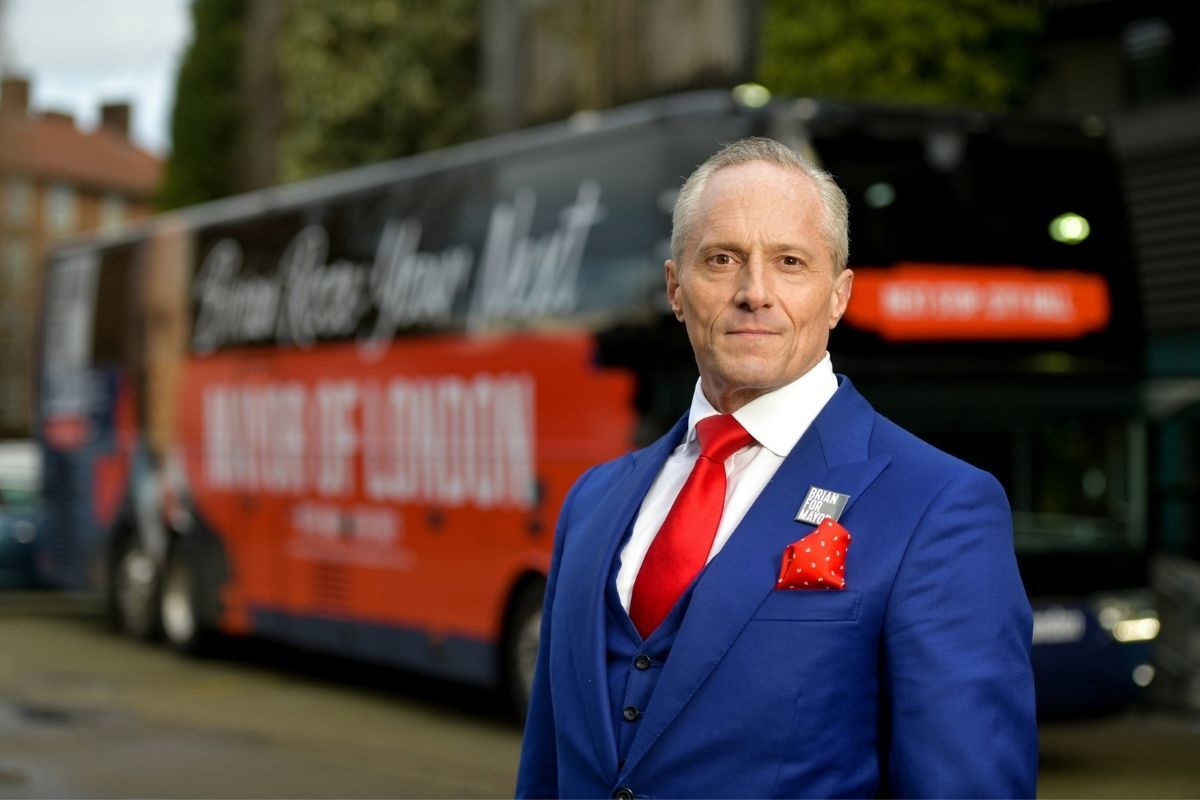 The former Wall Street banker and current podcast host told viewers he was going to “give Londoners a real choice for change” as his mobile broadcast studio drove through north London.

Mr Rose, who recently announced the launch of his own political party – the London Real Party – has said he will “rebuild London’s economy” and “put 10,000 new police officers on the streets”.

He said: “As Mayor, I plan to tackle the crime epidemic by putting 10,000 more officers on the streets, get London back to work by scrapping the congestion charge while introducing new incentives for businesses, and build 50,000 affordable homes by Christmas. Crucially, all these plans are costed and deliverable.”

In his 47-page manifesto, Mr Rose has pledged to build 50,000 new homes by Christmas 2021 by using “modular building technology” to build “world-class, affordable places to live” on sites owned by TfL close to stations such as Morden and Poplar.

The manifesto also reveals a plan to form a limited company that would be majority owned by the Mayor of London to take control of TfL land and allow “trusted developers” to build houses and commercial properties that would generate revenue for TfL.

In addition to his plans for housing, Mr Rose has also said he will “enshrine consultation at the heart of policy making” and has pledged to “end” unwanted low traffic neighbourhoods.

A recent opinion poll put Brian Rose on three per cent of first preference votes, two per cent short of the share of votes needed to see mayoral candidates receive their £10,000 deposits back.

Recently, Mr Rose has also announced he would be standing for one of the 11 London-wide seats in the London Assembly elections alongside three other candidates representing his London Real Party. 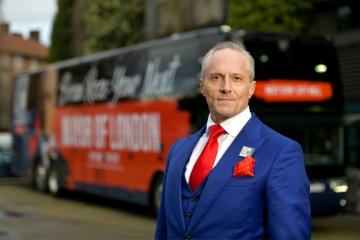 A man from Pinner has been charged in connection with an incident where a police officer was hit by a car in north London. Harrow Times | Local News …

Motorists and residents in Harrow are facing disruption due to closures for roadworks, starting from today. Harrow Times | Local News …

Over the years I wish I had kept discarded film props and scripts on my visits to various film studios as they can be very valuable today. I did buy the begging bowl from the 1960s film Oliver when I attended an auction of film items at Shepperton in the 1970s but walked past discarded Star Wars stuff around the same period. I note that one of several axes made for The Shining is up for sale at £75,000 and I will be interested to see what the personal script of The Empire Strikes Back, owned by Harrow Times | Local News …

Tube workers on the Central Line will strike next week on May 6, the same day voters head to the polls to elect the Mayor of London. Harrow Times | Local News …