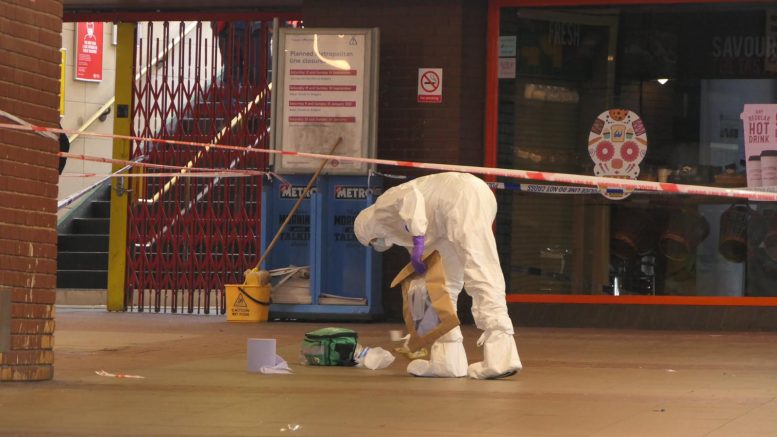 
Harrow-on-the-Hill tube station was temporarily closed to the public after a 16-year-old-girl was stabbed near the station this morning (20 October).

Greenhill Police tweeted: “Due to an ongoing investigation, Harrow On The Hill tube station is currently closed and there is disruption to the Metropolitan Line.

“We will keep you updated.”

A London Ambulance Service spokesperson said: “We were called at 10.52am today (20 October) to reports of a stabbing on Station Approach, Harrow.

“We sent an ambulance crew and an incident response officer. The first of our medics were at the scene in under three minutes.

“A person was treated at the scene for a leg injury and taken to a major trauma centre as a priority.”

A spokesperson for British Transport Police said: “Officers were called to Harrow on the Hill Underground station at 10.56am following reports of a serious assault.

“Paramedics also attended and a 16-year-old girl has been taken to hospital with an injury consistent with a stabbing.

“Thankfully, this is not believed to be life-threatening. The station is closed and cordons are currently in place at the scene while enquiries continue.

Members of Harrow Online Group have been commenting about the incident. One person said: “It’s so sad that whatever happened, the knowledge they were carrying a knife meant they were going to injure or kill someone! It’s a very sad world we live in now when all a small minority few want to do is hurt or kill each other! I just hope the victim recovers. Isn’t life hard enough at the moment in these unsure & dark times!!”

Another person said: “Whilst I find this disturbing, it’s not uncommon on any street or town. As for unconfirmed reports of what exactly happened, I find that just as disturbing. That area has many CCTV cameras, and hopefully the assailant will be caught.”